If you’re planning a team-building event or an icebreaker activity around Thanksgiving, a trivia game about this holiday might be just the thing you and your employees need. After all, Thanksgiving is one of the oldest and most beloved holidays in the United States that’s all about gratitude and togetherness, so a Thanksgiving trivia game might be the perfect opportunity for you and your employees to come together and have some fun.

And since you’re reading this article, we assume you’re looking for some interesting Thanksgiving trivia questions to spice the game up.

In the paragraphs below, you’ll find 75 Thanksgiving trivia questions, organized in different categories based on the topic. Without further ado, let’s get into it! 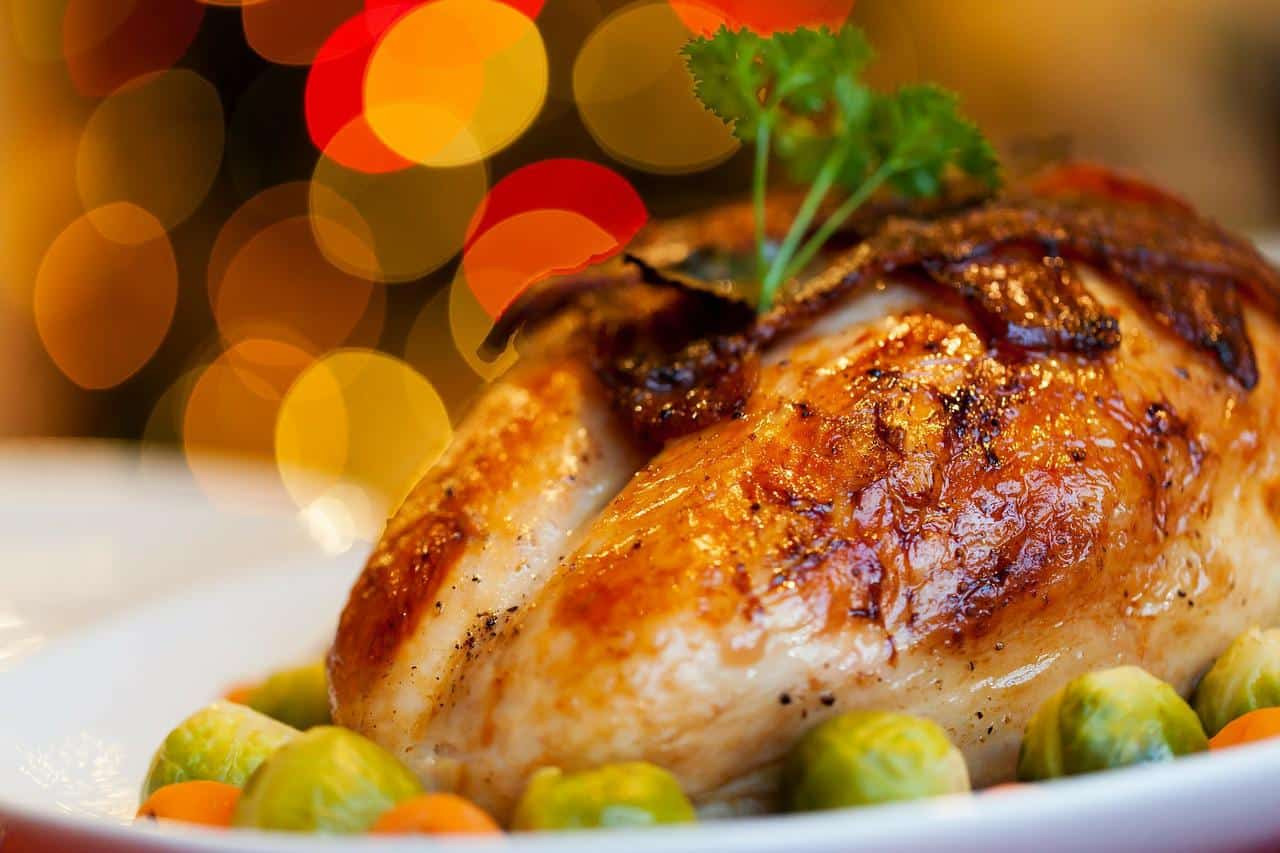 “The turkey. The sweet potatoes. The stuffing. The pumpkin pie. Is there anything else we all can agree so vehemently about? I don’t think so.”

Besides showing gratitude and spending the day with loved ones, one of Thanksgiving’s central aspects is food. A lot of traditional, tasty food like mashed potatoes, cranberry juice, pumpkin pie, gravy, and, of course, a big turkey. Add a glass of wine to the mix, too, and you’ll have the perfect Thanksgiving meal.

Do you know that if you ate just one serving of the foods we mentioned, the calorie intake for the night would be 1,814?

Yes, you read that right.

For more amusing food facts, take a look at the following Thanksgiving trivia questions that are all about food.

Answer: The pilgrims and American Indians are thought to have eaten cranberries on the first Thanksgiving.

Answer: A combination of turkey, duck, and chicken. 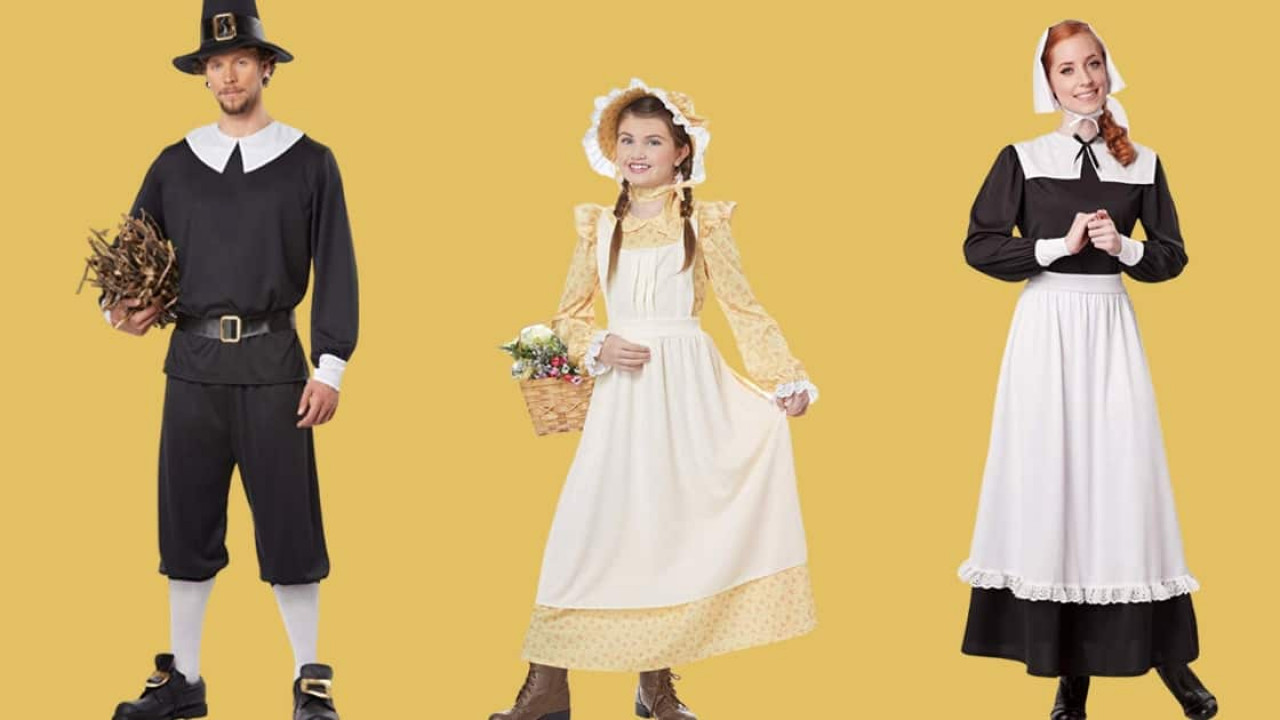 "The Pilgrims made seven times more graves than huts. No Americans have been more impoverished than these who, nevertheless, set aside a day of Thanksgiving."

You can’t host a Thanksgiving trivia event without bringing the history aspect into play.

For instance, many historians claim that some of the dishes used to be prepared using particular spices native Americans had, along with their cooking methods. Also, since the Pilgrims had no oven and the Mayflower’s sugar supply had taken a downward trend by 1621, Thanksgiving meals didn’t include cakes, pies, or any type of dessert for that matter. It’s likely that desserts became a staple of much more contemporary celebrations.

But to make such parallels, we need to understand the history behind this annual holiday.

Read on to find out more through the questions we’ve included below.

Answer: Venison, duck, swan, and goose - but not turkey!

Answer: In 1939 in order to boost the retail sales during the final years of the Great Depression.

Answer: The rules are pretty simple: one person grabs each side, then pulls, and the person with the bigger half gets a Thanksgiving wish.

Answer: Yes, it has. 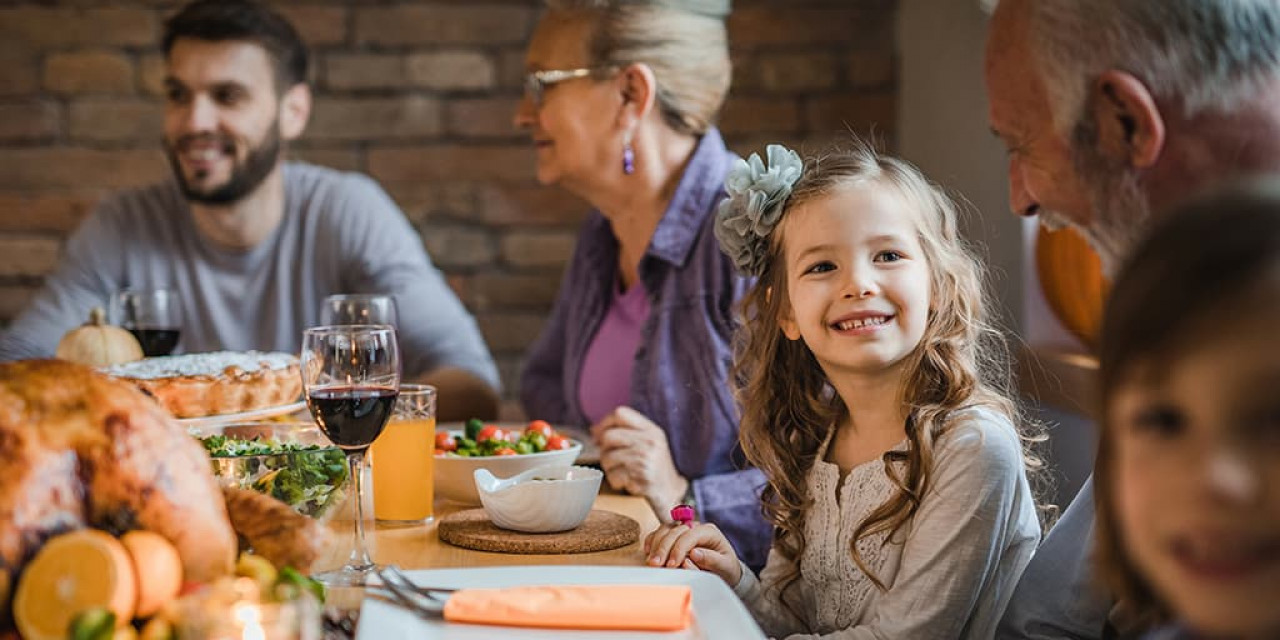 Thanksgiving trivia questions for kids are easy and fun, so why not include them to help your workers win an extra point or two?

After all, if some of your employees aren’t that familiar with Thanksgiving and all the details surrounding it, they might have better luck with the questions below.

Answer: On the fourth Thursday of each November. 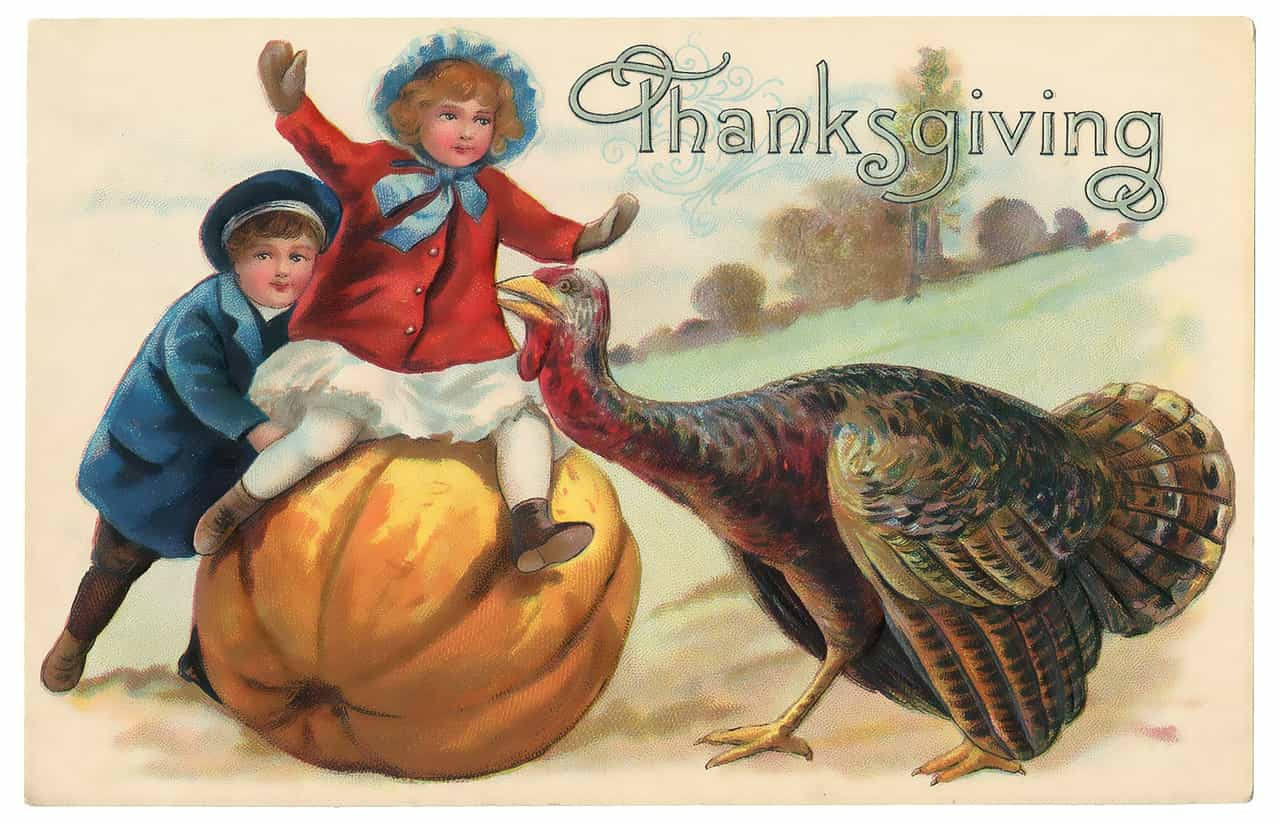 "A new survey found that 80 percent of men claim they help cook Thanksgiving dinner. Which makes sense, when you hear them consider saying 'that smells good' to be helping."

Each national day and annual holiday comes with interesting facts and information. And Thanksgiving is no exception.

There are many such Thanksgiving facts, however, we managed to include those we consider relevant for a proper trivia event.

We’re sure this section will leave many of your employees at a loss for words (who could guess that 46 million turkeys are prepared every Thanksgiving in the United States, right?).

Also, feel free to expand on the list as you do your own Thanksgiving trivia research. You’d be surprised at all the Thanksgiving information you’ll encounter on the Internet.

Answer: On the second Monday in October.

Answer: “Mary Had a Little Lamb”.

Answer: The fork. Pilgrims are said to have eaten the first Thanksgiving meal with a knife, a spoon, and their fingers.

Answer: Because they’re dishes native to the Americas or have been introduced as a new food source to the Europeans after they arrived in the “New World”. 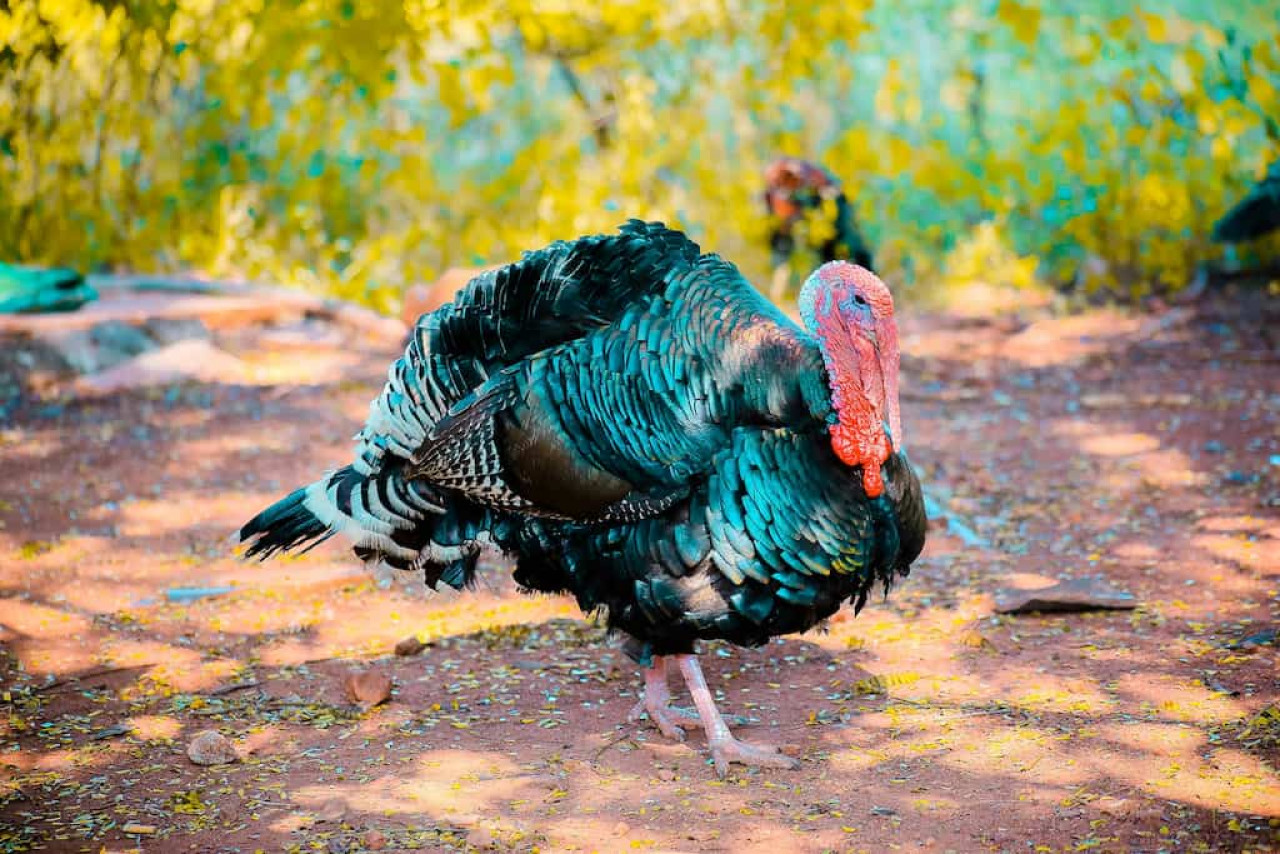 “Turkey: A large bird whose flesh, when eaten on certain religious anniversaries has the peculiar property of attesting piety and gratitude.”

You might wonder why we decided to have a separate Turkey trivia questions section and not just include everything in the Thanksgiving food trivia part.

Here’s the thing - the turkey is such a special food aspect to the whole Thanksgiving experience, so it goes without saying that it deserves a separate heading.

Moreover, many important people had to say significant (and quite philosophical matters if we may add!) about the turkey.

For instance, Benjamin Fraklin is said to have written the following:

For my own part, I wish the bald eagle had not been chosen as the representative of our country; he is a bird of bad moral character; he does not get his living honestly…like those among men who live by sharping and robbing…he is generally poor, and often very lousy. Besides, he is a rank coward; the little king-bird, not bigger than a sparrow, attacks him boldly and drives him out of the district…For in truth, the turkey is in comparison a much more respectable bird, and withal a true original native of America. Eagles have been found in all countries, but the turkey was peculiar to ours…

And such unusual turkey stuff is just the beginning, so prepare to impress your employees at the Thanksgiving trivia event with the following turkey questions. 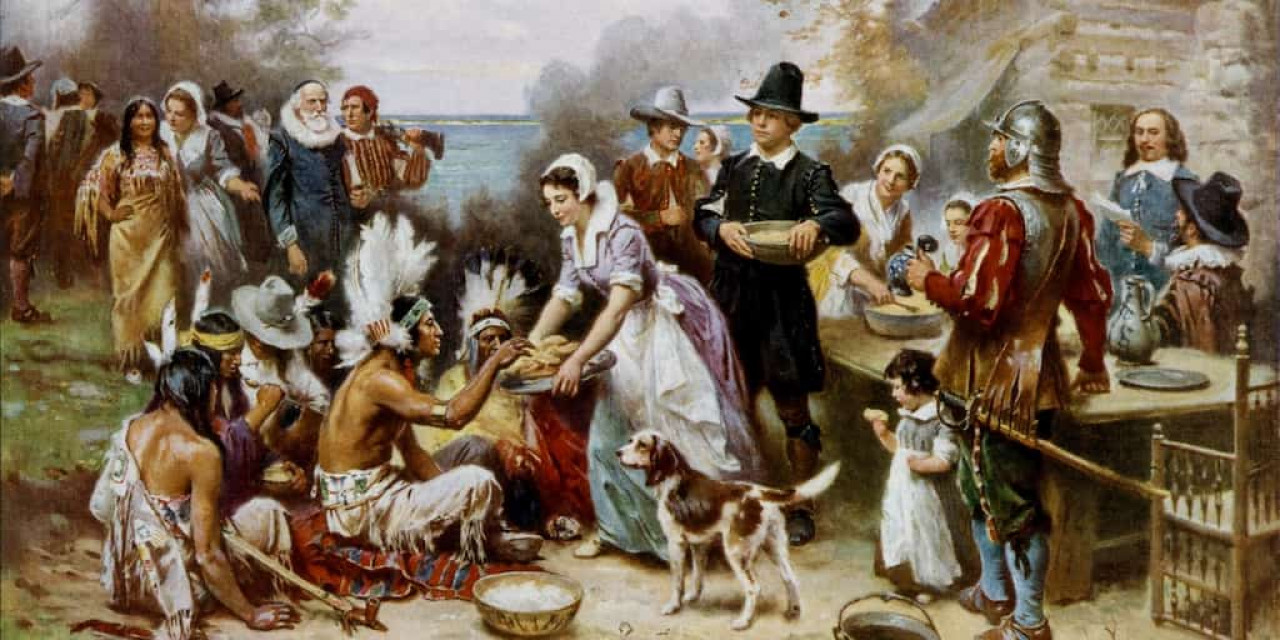 “What I love about Thanksgiving is that it's purely about getting together with friends or family and enjoying food. It's really for everybody, and it doesn't matter where you're from.”

Thanksgiving is so much more than just an American holiday, as there are a plethora of other harvest festivals and thankfulness holidays around the world, too, each one special in its own way.

With that said, there are some countries that have “borrowed” Thanksgiving and celebrate it in more or less a similar manner as we’ve discussed so far.

Read on to learn more.

Answer: By more than forty years.

Answer: No, it isn’t. Those who celebrate it tend to go to church in the evening or occasionally take the day off. 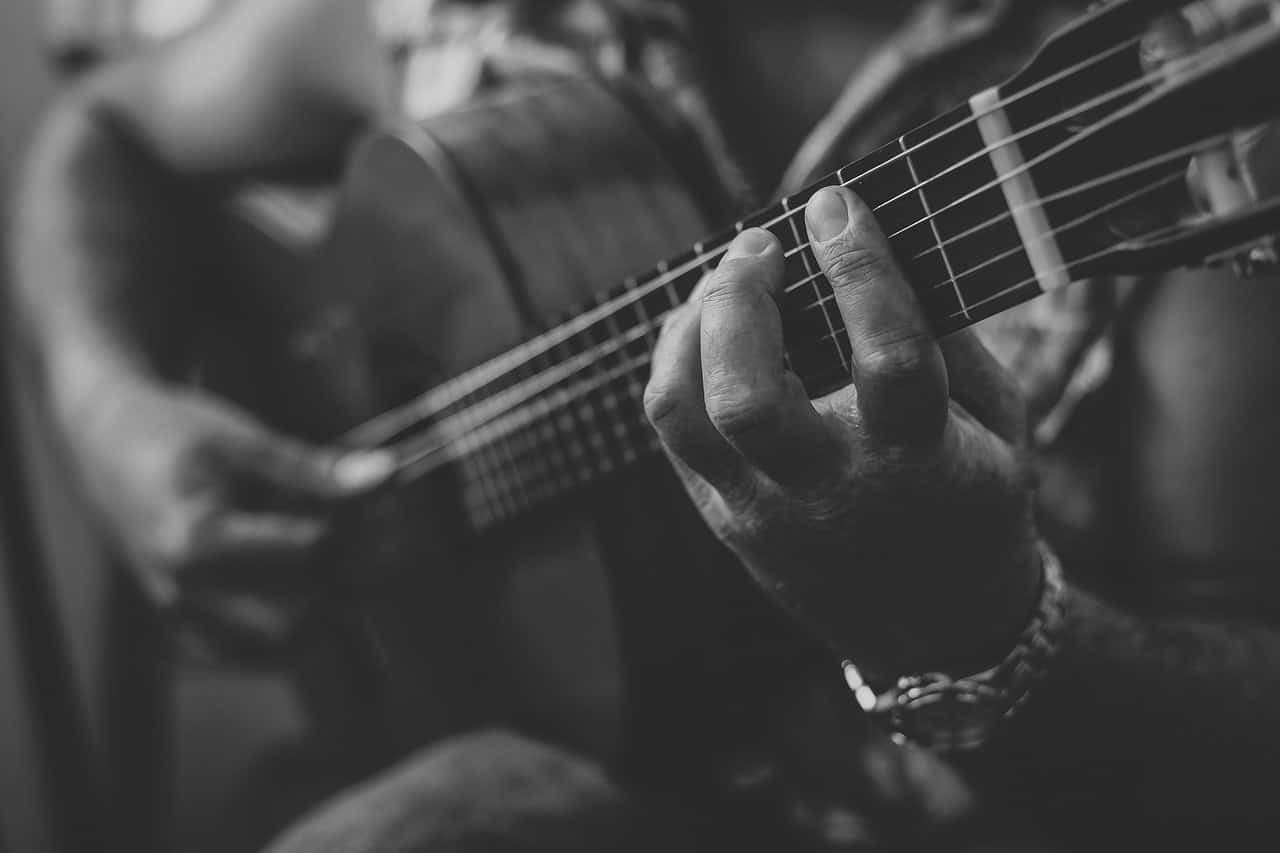 No Thanksgiving event is fully complete without some singing (and perhaps even dancing).

So apart from going through some Thanksgiving song trivia questions, we suggest including the actual songs in your event. Can you imagine what a difference a Thanksgiving song can make to your event? You might even take the trivia event to a whole new level and include a karaoke activity, too.

The point we’re trying to make is that hosting such trivia events gives you many options to engage your workers, yet your questions can still remain the main focus if that’s what you want.

Now, onto the questions!

*Grateful for this sheltered place With light in every window Saying, "Welcome, welcome, share this feast Come in away from sorrow"

Father, mother, daughter, son Neighbor, friend and friendless All together everyone In the gift of loving kindness*

December was Christmas January was New Year April was Easter And the 4th of July, but Now it's Thanksgiving

Answer: It's Thanksgiving by Nicole Westbrook.

What can I use the Thanksgiving trivia questions for?

Thanksgiving trivia questions are great for team-building events, icebreaker games, office breaks, or any time you want to engage your workers in something themed and fun. Trivia events such as this one are a great way to improve the employee engagement levels in the office.

With that said, do keep in mind that such activities require adequate planning. You need to designate a time and a place, let everyone in the office know well in advance, prepare equipment and supplies if necessary, like a projector or printed out questions, etc.

Also, it’s worth mentioning that you can use such trivia questions as a warm-up activity before another main event (of course, the main event should somehow be related to Thanksgiving, otherwise it may not really make sense to host a Thanksgiving trivia game).

For instance, you could host an escape room or a murder mystery event that has a Thanksgiving aspect to it and you might use the trivia questions before the main game.

How do I choose the right Thanksgiving trivia questions and how many do I need?

There are no specific instructions or guidelines you can follow in terms of picking the right Thanksgiving trivia questions. It all depends on the types of questions you and your workers believe suit your preferences.

In general, think about the questions your workers will likely want to answer. It’s all about what will keep them engaged and entertained.

With that said, do make sure to include versatile questions - after all, Thanksgiving has many aspects, so it’s only natural to try and incorporate as many as you can. This means finding questions from different contexts (such as the categories we provided you with) and choosing accordingly.

When it comes to the number of questions, it’s up to what you and your team decide and how much time you’re willing to set aside for this event.

Finally, remember that such trivia activities are all about having fun - and not so much about over-analyzing, over-planning, or over-choosing questions.

What if some of my employees don’t celebrate Thanksgiving?

If you’re running an international company, chances are that at least some of your employees may not celebrate Thanksgiving. However, that doesn’t mean they’re not familiarized with Thanksgiving or that they wouldn’t like to take part in a Thanksgiving trivia event.

After all, if you have an international company, your employees are probably open to learning more about each others’ cultures, traditions, languages, and annual holidays.

Plus, even if someone doesn’t quite celebrate this annual holiday, they’ve probably heard about it. Thanksgiving truly is one of the most memorable annual holidays.

The important thing is not to make things seem as though you’re prioritizing certain annual holidays and neglecting others. So, if you go for a Thanksgiving trivia event now, you can choose another theme for the next trivia event that’ll be more relatable to your Asian employees, for example. And, of course, group your employees into diverse teams so they can help each other and learn from one another.

Finally, be open to other ideas and suggestions that come from your workers. Ask them directly how they feel about you organizing this type of event, and whether they have some ideas about how you can make it even better. Perhaps they might have an idea about another team-building event altogether that you can do some other time.

Overall, hosting a Thanksgiving trivia event can make your employees not only appreciate the holiday more and learn new things about it, but also bond with their peers and have fun in the process!

After going through our article, we hope you know what it takes to host an interesting Thanksgiving trivia night - all you need to do now is wait for November to come round.

And if, in the meantime, you’re interested in hosting other trivia events for your employees, make sure to check out our blog section to find out more.

We have something for each business’ needs and preferences.