Hosting a Marvel trivia event involves focusing on many aspects - from the Marvel Cinematic Universe, the heroes, and the plots, all the way to the actual comic books and quotes.

Whether you’re on the lookout for the next team-building activity, a virtual team building activity, or you simply want to host an entertaining event for your employees, the following 100 fun Marvel trivia questions and answers will help you achieve all of it.

With that said, hosting a Marvel trivia event involves focusing on many aspects - from the Marvel Cinematic Universe, the heroes, and the plots, all the way to the actual comic books and quotes.

Lucky for you - we covered all of it, bit by bit. And now we invite you to go through it with us.

Need to host a live multiplayer game of Marvel trivia? Check out TriviaNerd's Marvel Trivia Collection which has 266 questions with 1 click multiplayer hosting for up to 200 players.

1) Marvel Trivia Questions and Answers Only Comic Fans Will Know

Marvel Trivia Questions and Answers Only Comic Fans Will Know 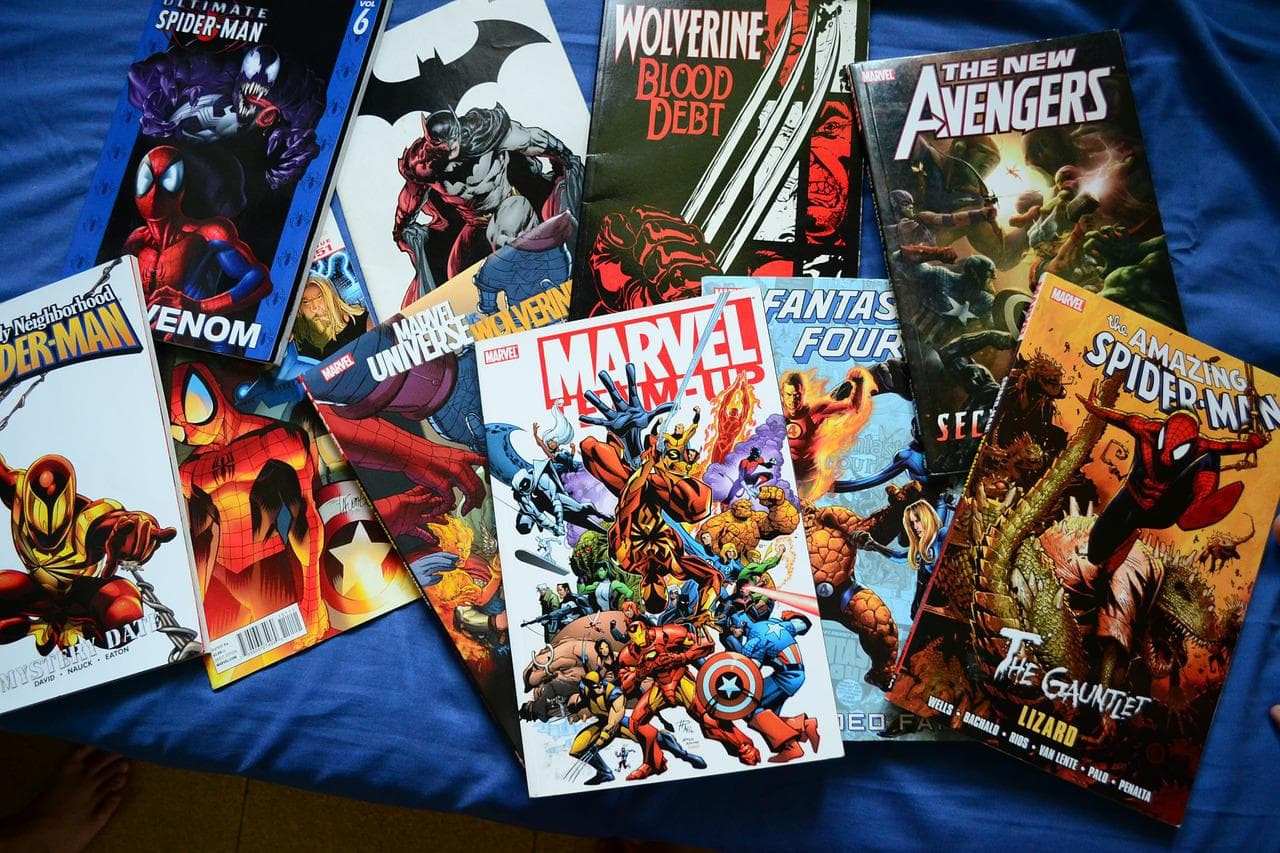 “I still believe in heroes.”

Marvel comic fans enjoy talking about the Marvel franchise, own Marvel merch, keep up with Marvel news, have a favorite hero, and are probably capable of noticing all the differences between the Marvel films and the comics.

And if you tell such die-hard fans that they can get the opportunity to play a Marvel trivia game in the office (or virtually, depending on how you organize it), they’ll probably think you’re the best employer they’ve ever had. 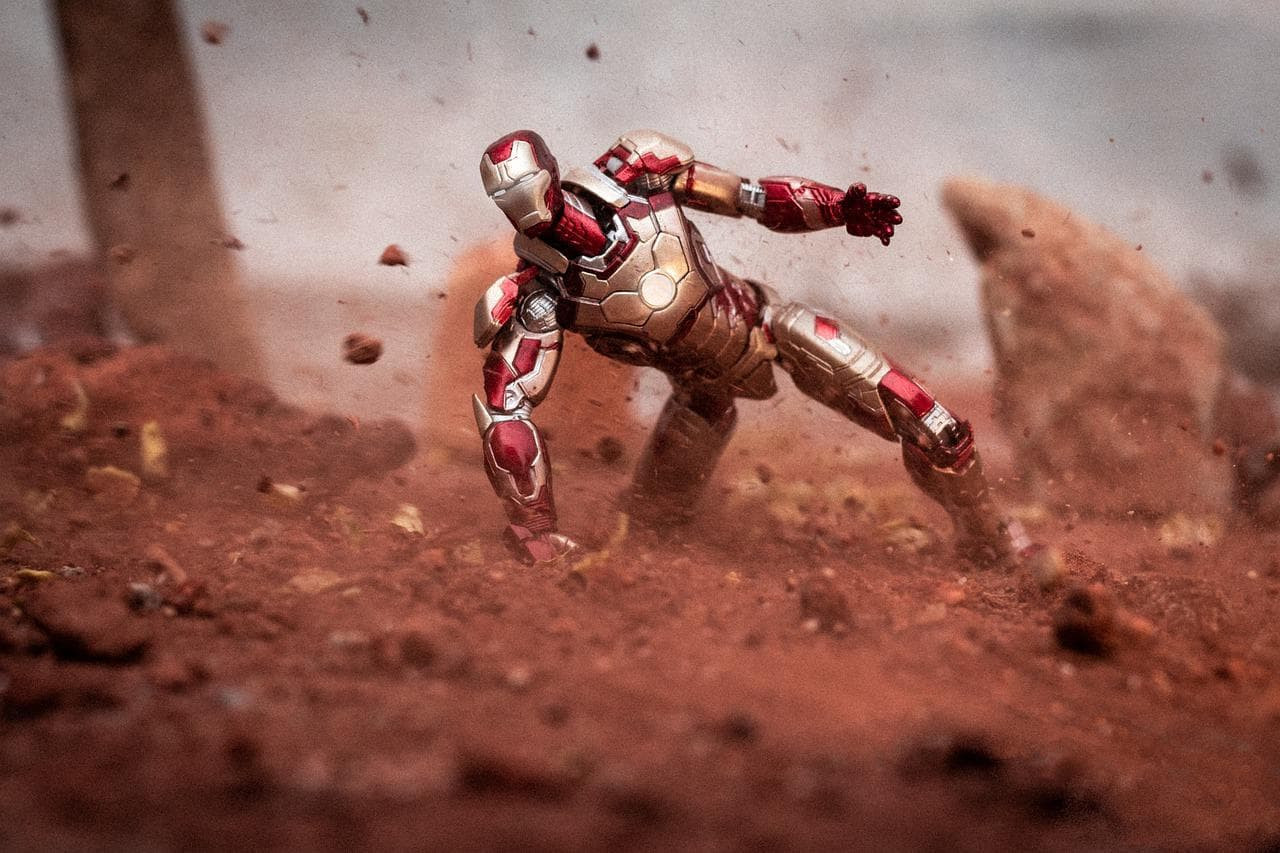 “Marvel Studios has an entire sandbox to play in, but, for necessary reasons, has largely chosen to remain in a small corner in order to ground audiences in these concepts. Now that the basis has been laid, the opportunity for exploration in both film and television lies ahead, with Captain Marvel leading the way. Wherever Marvel Studios plans to take the MCU in the future, it’s refreshing to know that its past is expansive and filled with infinite possibilities.”

The Marvel Cinematic Universe, simply referred to as MCU, is an American media franchise and a shared universe focused on the superhero movies produced by Marvel Studios. Apart from the Marvel films, the franchise includes shorter films, digital series, television series, as well as literature.

If most of the employees who will attend the trivia are familiar with the MCU and its array of characters, movies, series, and other aspects, check out the following questions. 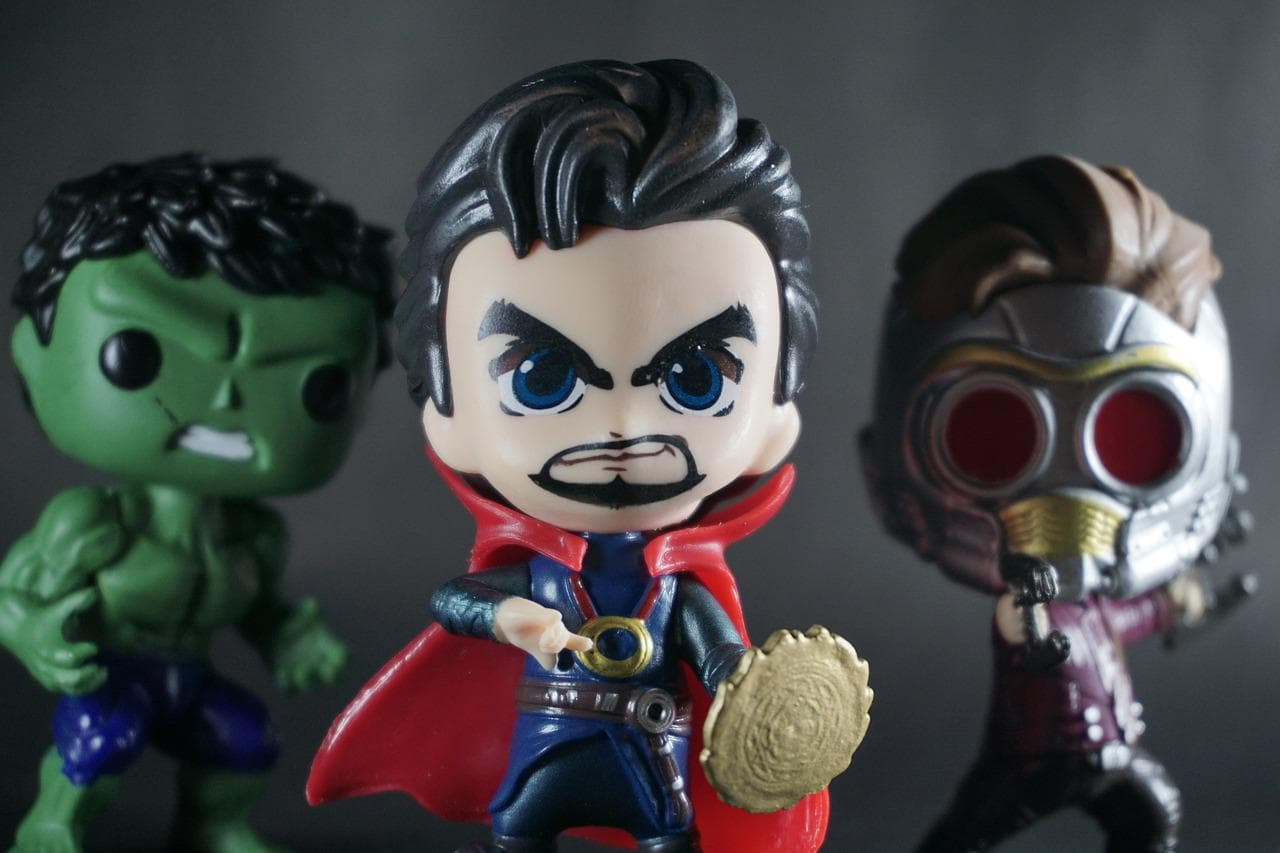 -Groot, Guardians of the Galaxy Vol.1

Not every Marvel question has to be challenging. Easy questions can be just as fun (plus, they help workers score more points during the trivia game!).

So, here are our suggestions for easy Marvel trivia questions: 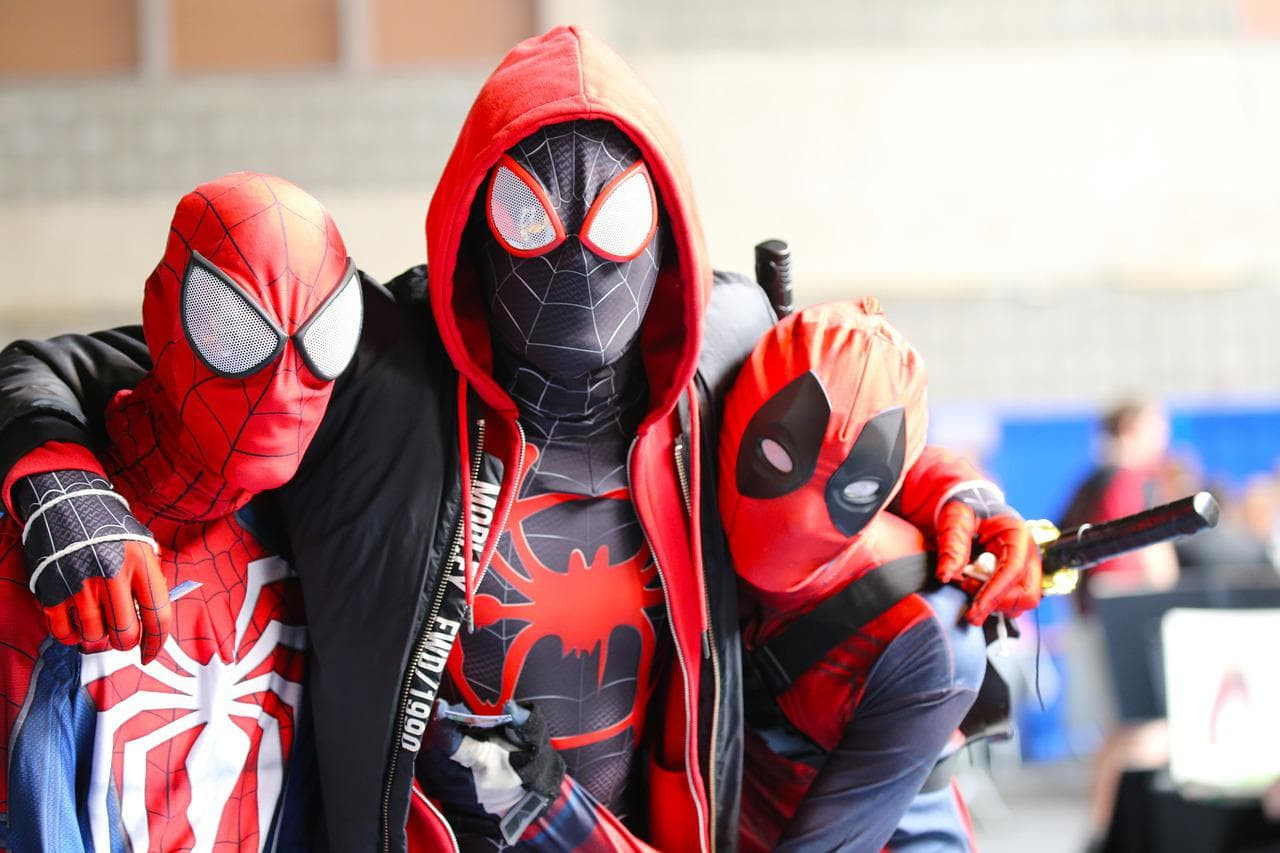 “But in times of crisis, the wise build bridges, while the foolish build barriers. We must find a way to look after one another as if we were one single tribe.”

Your employees may share the same passion for the Marvel world, but each one of them has their own favorite superhero. For some it may be Wolverine, for others She-Hulk. Some may be fascinated by the Black Panther, others by Captain Marvel.

Regardless of what superhero they might prefer, the following Marvel trivia questions will test their superhero knowledge. 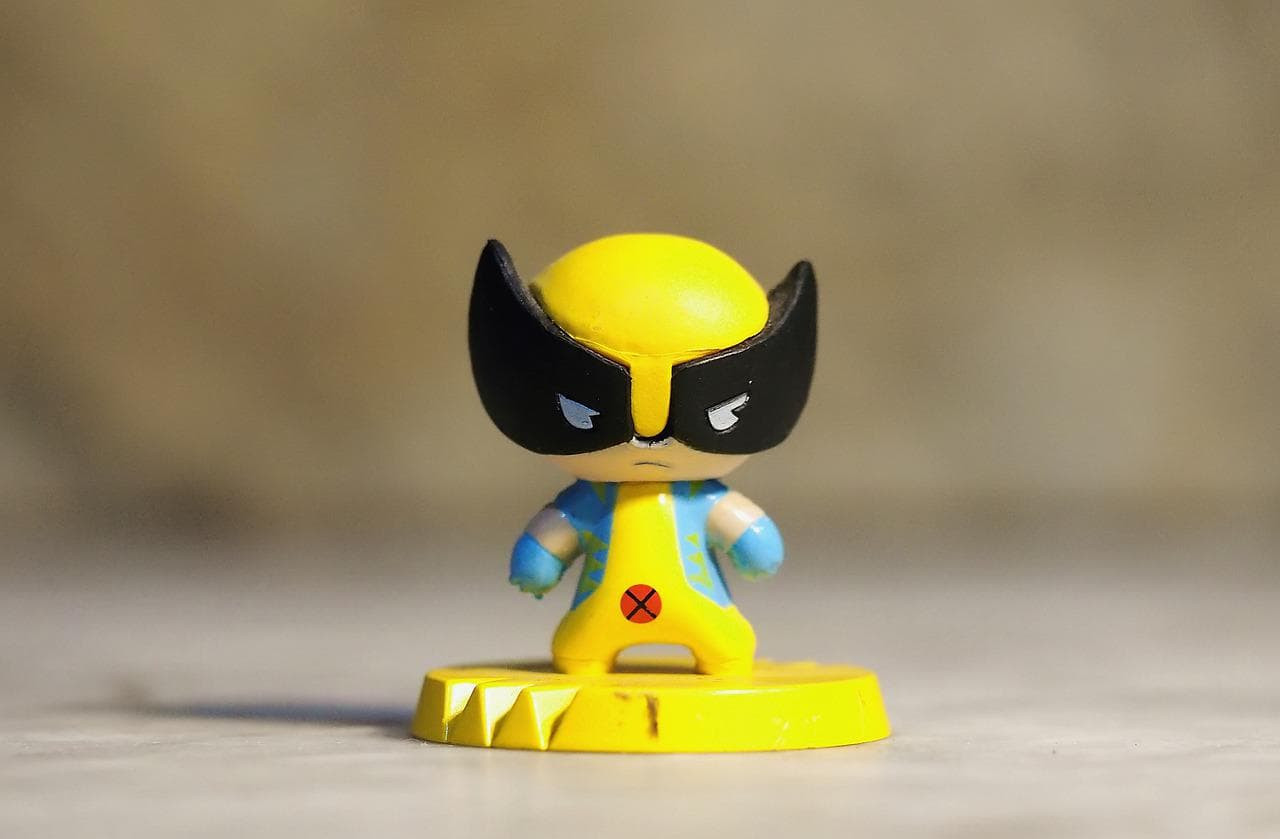 "Yeah we're outnumbered, I'm not gonna lie. But we lost Scott, we lost the professor, we don't fight now everything they stood for will die with them. I'm not gonna let that happen, are you? Then we stand together, X-Men, all of us."

A human mutant. Known for his dexterity, speed, strength, and superhuman senses. Featured in his solo Wolverine comic book series.

Of course, there’s so much more to Wolverine, but if we go into too many details, we’ll need to write a separate article about him.

But it’s not about what we know about Wolverine anyway - it’s about how much your employees know about this steel superhero.

Find out by engaging them in the questions below.

The Hulk Trivia Questions and Answers 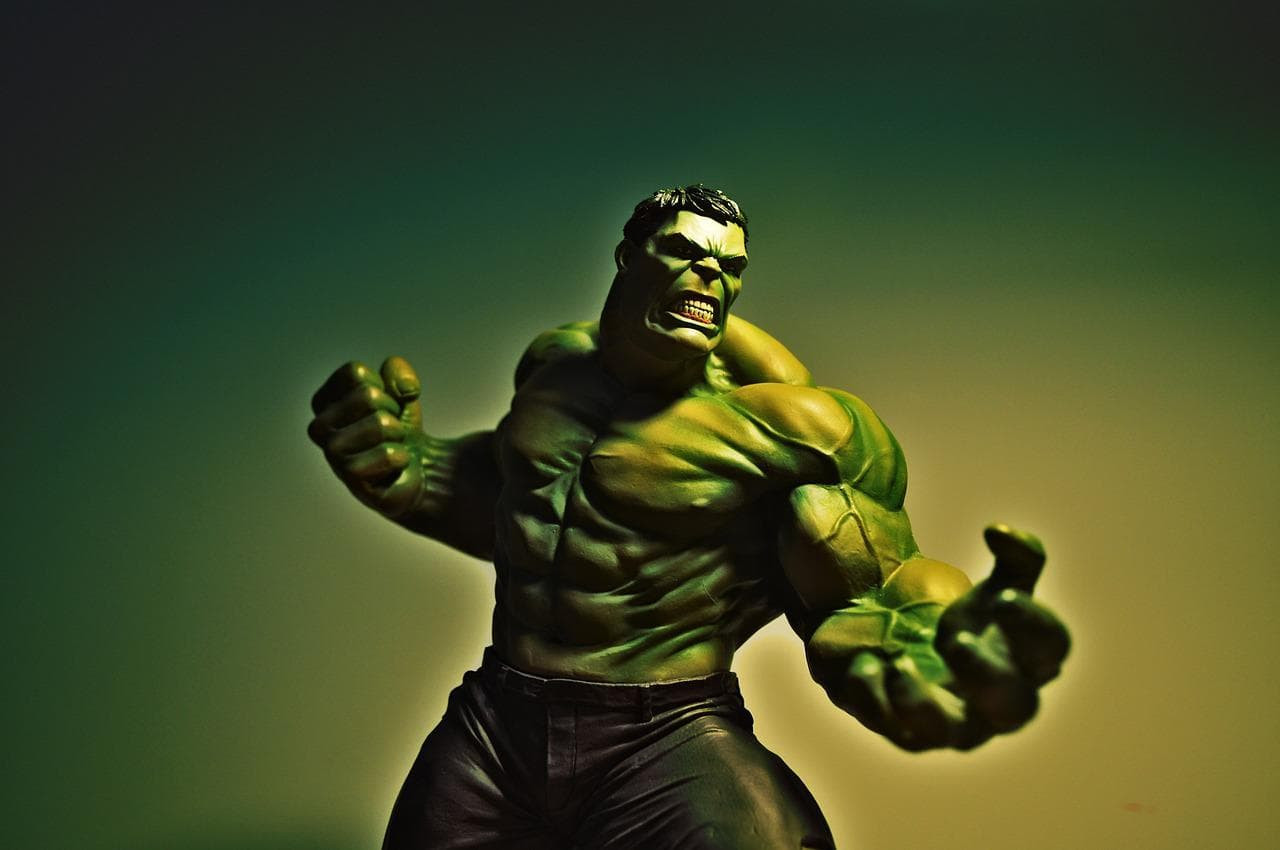 “Even now, I can feel it. Buried somewhere deep inside. Watching me. Waiting. But you know what scares me the most? When I can’t fight it anymore when it takes over when I totally lose control…” “I like it.”

The Hulk is one of those Marvel characters who’s familiar even to those who aren’t quite fond of Marvel comics. After all, is here anyone who doesn’t know that the color green is associated with the Hulk?

With that said, our Hulk trivia questions are much more challenging than that. And how ready your workers are to face them will largely depend on their overall Hulk knowledge. 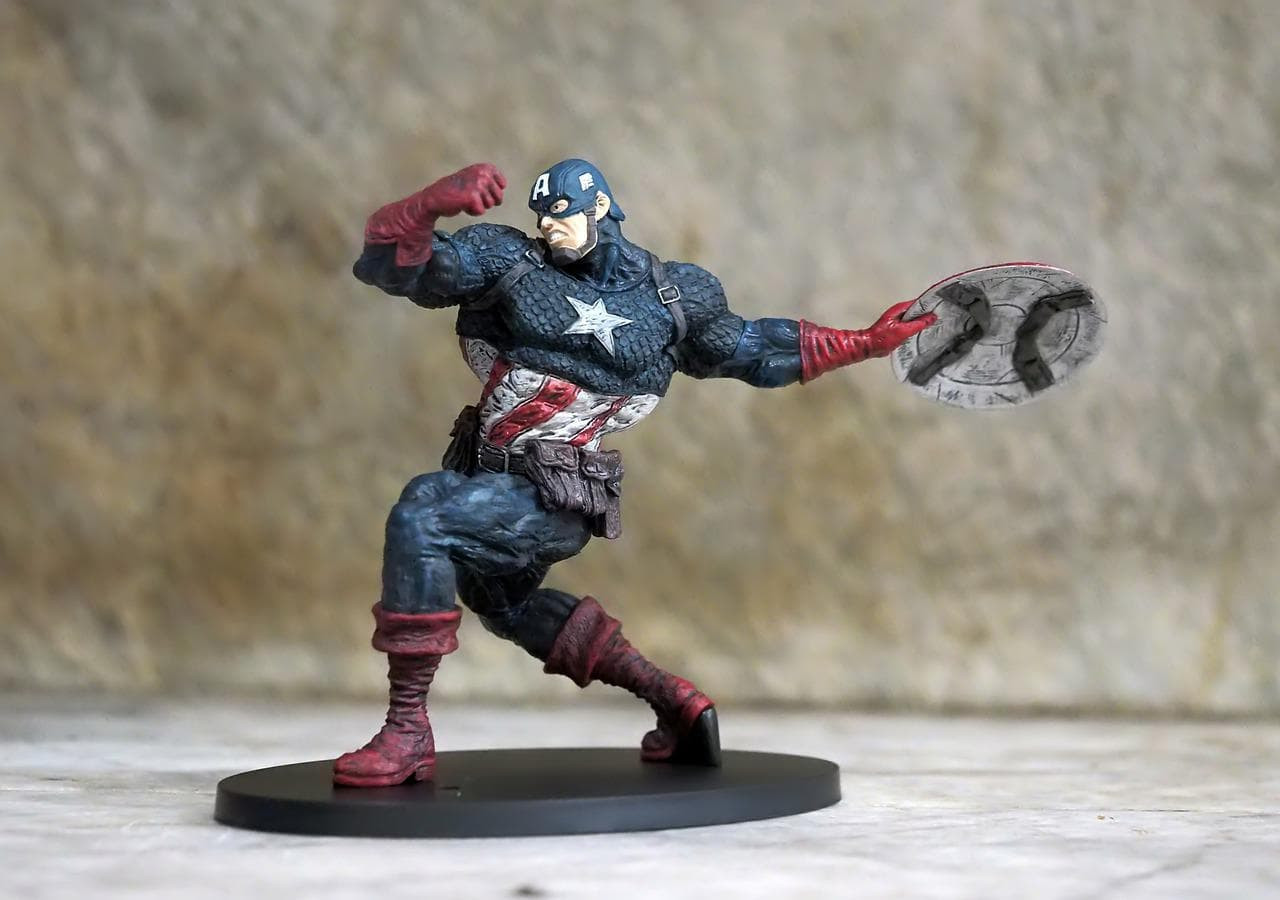 “I’m not looking for forgiveness, and I’m way past asking permission. Earth just lost her best defender, so we’re here to fight. And if you want to stand in our way, we’ll fight you too.”

Perceived as one of the biggest Marvel superheroes of all time, Captain America has devoted himself to protecting the weak and the defenseless ones. He seeks justice and freedom, and shows bravery and righteousness.

Of course, he has his own set of shortcomings, but who doesn’t?

If your employees are Marvel fans, it’s very likely they’re a fan of Captain America, too. But being a fan doesn’t necessarily mean they know everything about this superhero. And it’s up to you to find out what they do (or do not) know using the questions below. 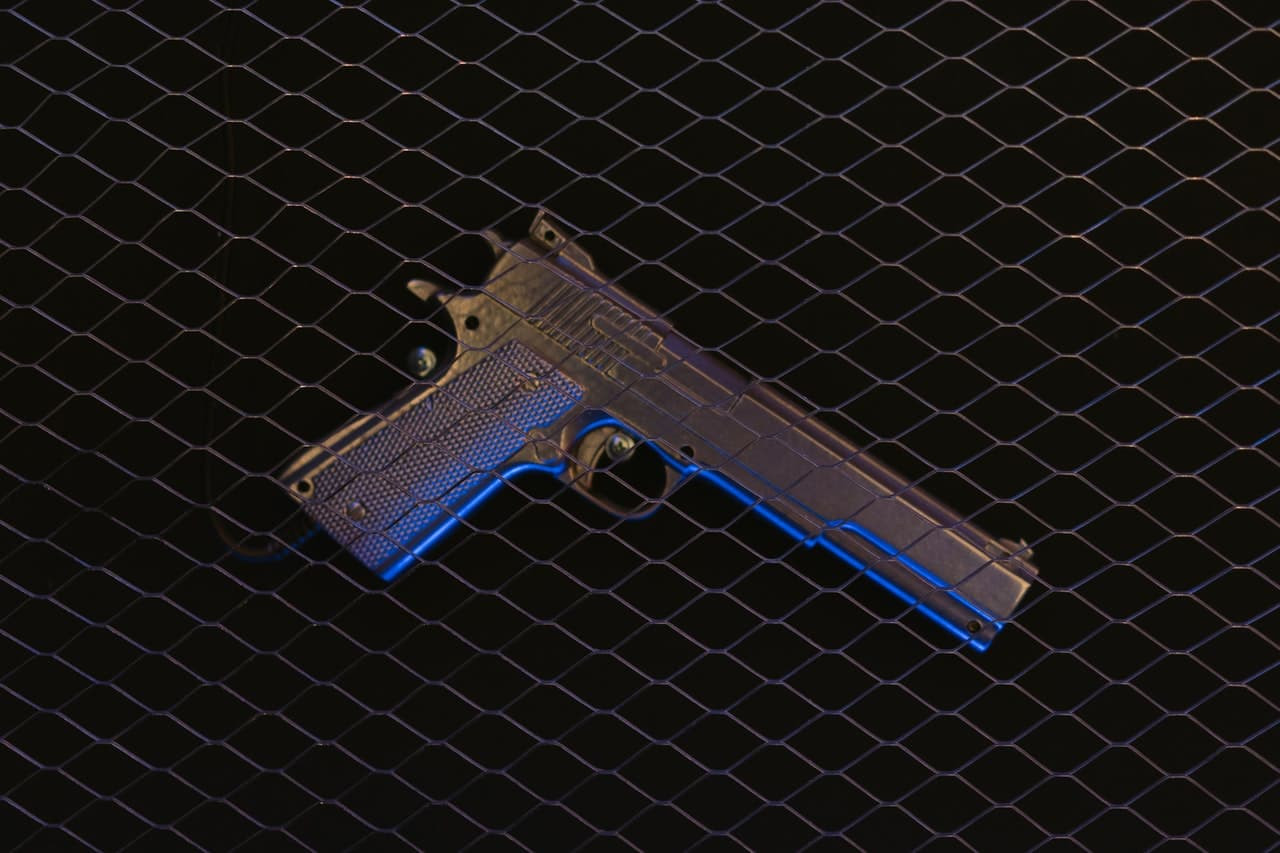 “All that time that I spent posing, I was actually trying to do something good. To make up for all the pain and suffering that we caused. Trying to be more than just a trained killer.”

Does the fact that she appears as a Russian spy make Black Widow less of a hero? Or perhaps because she’s an antagonist she can’t have any superhero qualities attributed to her?

Find out what your employees think about Black Widow during the Marvel trivia challenge by introducing some of our Black Widow questions and monitoring their reactions. 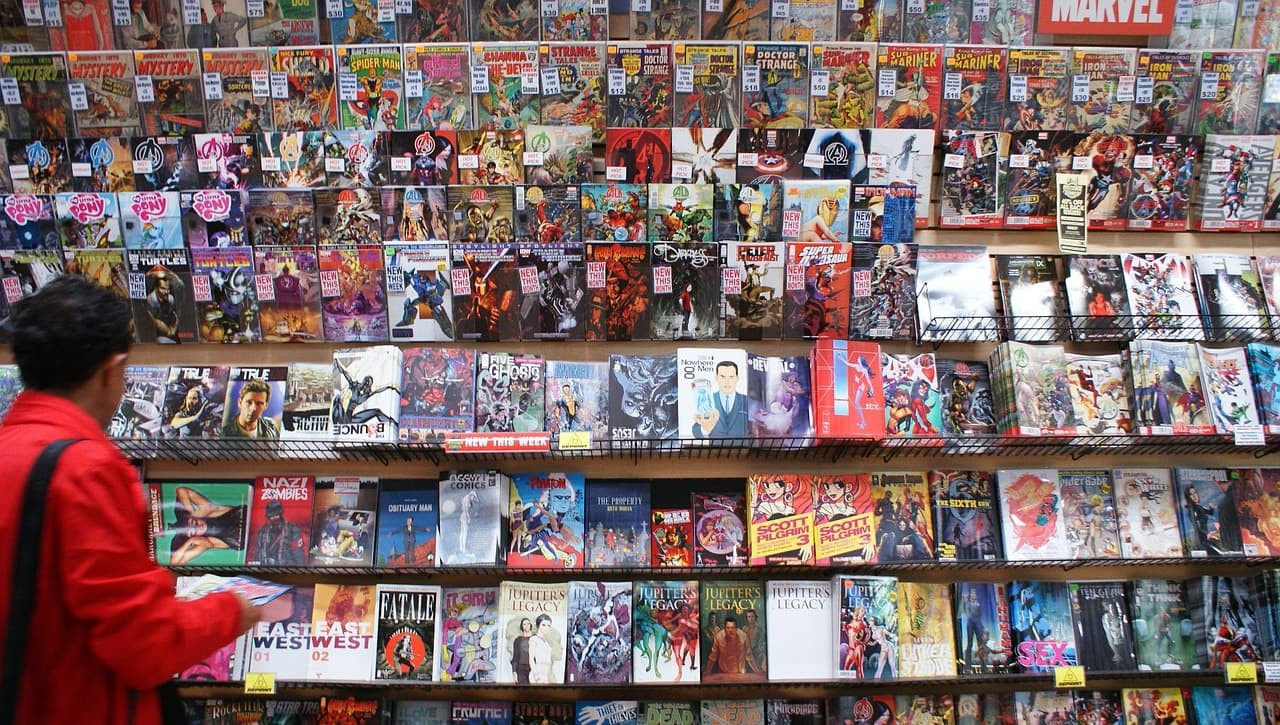 “If you’re nothing without this suit, then you shouldn’t have it.”

As much as we appreciate the Marvel trivia questions about specific characters, we enjoy general trivia, too. Plus, it’s only fair to include a bit broader questions as part of your trivia event.

So, in this part, we share questions that deal with specific events, names, abbreviations, organizations, and random details from the Marvel world. 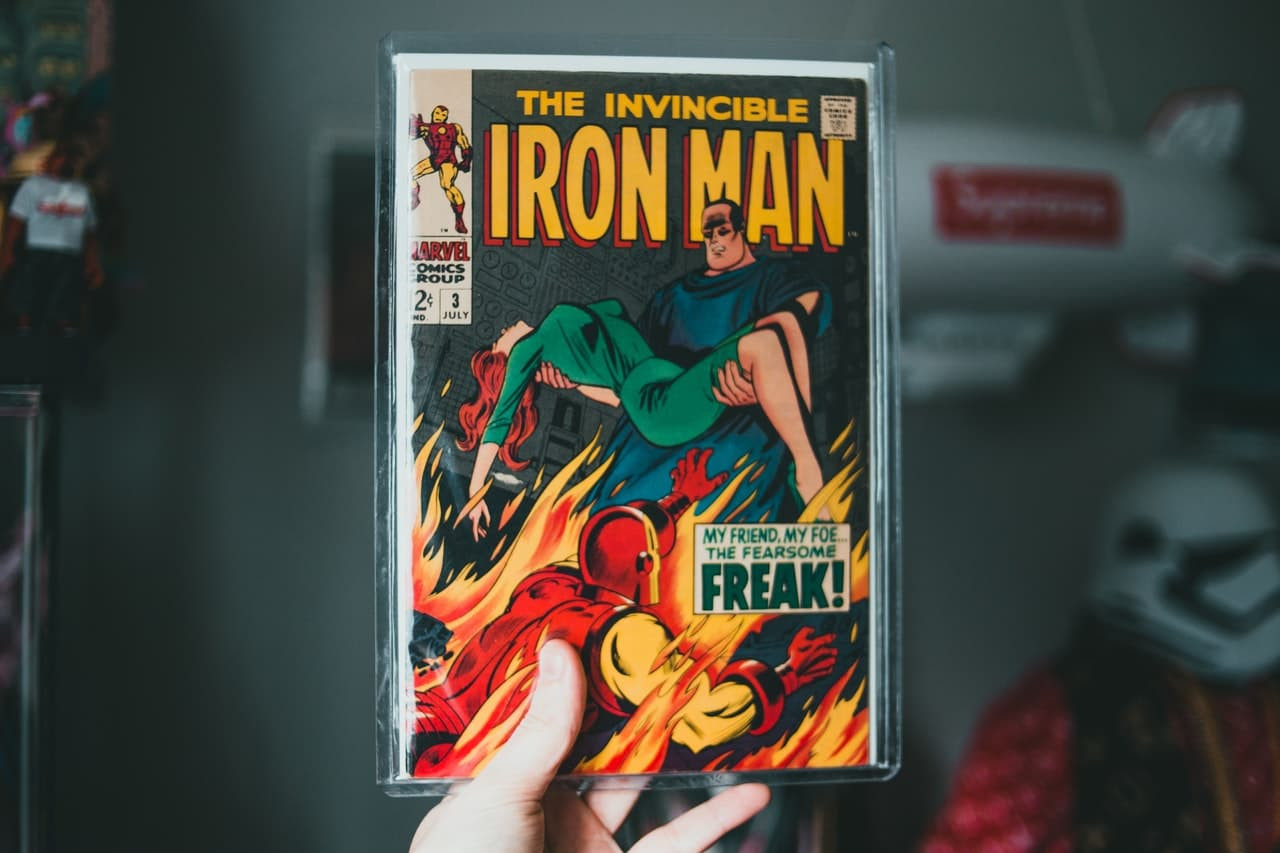 “[...] I’m made of rocks, as you can see. But don’t let that intimidate you. You don’t need to be afraid unless you’re made of scissors. Just a little rock-paper-scissor joke for you.”

You can’t host a Marvel trivia event without asking your workers to recall some of their favorite Marvel quotes. And it’s not just about having your employees guess the Marvel comic the quote comes from - they need to guess who says it, too.

How can I use these Marvel trivia questions with my employees?

In general, such questions are great for team-building purposes, ice-breaker sessions, brief office breaks, and any other type of informal corporate gathering. After all, you wouldn’t discuss Marvel trivia questions before a very important client meeting, brainstorming session, or product launch.

Moreover, you don’t need to make the Marvel trivia questions the central part of the event. For example, you might introduce them as a warming-up activity before playing a Marvel-themed escape room game with your workers.

All in all, these trivia questions can be used in many ways, but regardless of which way you opt for, your employees will have fun answering them.

How do I host a Marvel trivia night?

Hosting a Marvel trivia night can be a piece of cake - you just need to follow the right steps. Below, we share most of them (we say most, as you always have the freedom to improvise and modify the way you host your trivia nights).

Here are our suggestions:

Don’t leave them as the last thing you need to do. Going carefully through the questions and selecting them is very important - the trivia questions are what the whole night is about! Pick questions of varying difficulty. Also, make sure they’re all versatile and choose at least a few questions from each category.

2) Create rules and state them before the trivia game starts.

These rules can be anything from how long the game will last, how many rounds you’ll play, to what attendees are (not) allowed to do during the game. You can discuss the rules with your employees before the event and see how they feel about them.

Since trivia is an activity that requires group work, focus on creating balanced teams. Decide whether you’ll allow your workers to form groups based on their own preferences, or you’ll be the one to divide them into groups. You might also pick an online tool to do it for you. That way, it goes without saying you’ll achieve much bigger transparency.

4) Bring all the necessary materials.

And make sure you have enough of them. These include the questions being printed out on separate papers, having enough answer sheets, pens and pencils, and other such supplies you might need for the trivia event.

With that said, this isn’t going to be necessary if you end up hosting a virtual Marvel trivia night.

This includes having extra questions, extra materials, someone who can host the trivia night if you can’t (perhaps someone from the HR team?), and so on. Regardless of how much you plan and organize certain events, things happen, so it’s good to have something (and someone) to fall back on.

Once the event starts, make sure to keep the right score. There’s nothing more frustrating than recording a wrong point for a team. You should try to be as impartial as possible during the event, and not make things look like you prefer one team over another one.

Finally, don’t forget to have fun and enjoy yourself. The same applies to your employees, too!

Should I organize a trivia if some employees aren’t fond of the Marvel franchise?

Even if most of your employees are Marvel fans, there will be those who aren’t that familiar with this franchise. So, as an employer, how can you make sure everyone’s happy with the “trivia choices” in your office?

We have several tips for you we believe you’ll find helpful.

First of all, don’t be judgmental or allow other workers to be judgemental toward their colleagues who dislike or aren’t familiar with Marvel. After all, each person has their own preferences in life, and the same applies to such matters.

Next, don’t force your employees to familiarize themselves with Marvel just for the sake of the trivia. Of course, you could discuss Marvel matters with them if they show some interest or if they ask specific questions, just don’t reveal any spoilers.

Finally, don’t just assume that because some of your workers dislike the Marvel world, they won’t want to take part in a Marvel trivia event. It’s best to ask them if they’d like to be part of a group that’s quite knowledgeable when it comes to Marvel matters, or if they won’t enjoy a Marvel-themed trivia at all. If it’s the latter, come up with another theme so everyone in the team enjoys the event.

After all, isn’t that what such trivia events are all about? Employee bonding? Team work? Securing higher employee engagement levels?

So, there you have it - 100 fun Marvel trivia questions and answers for your next entertaining office event. We gave you the questions and the answers, but now it’s up to you to plan, organize, and execute the trivia event.